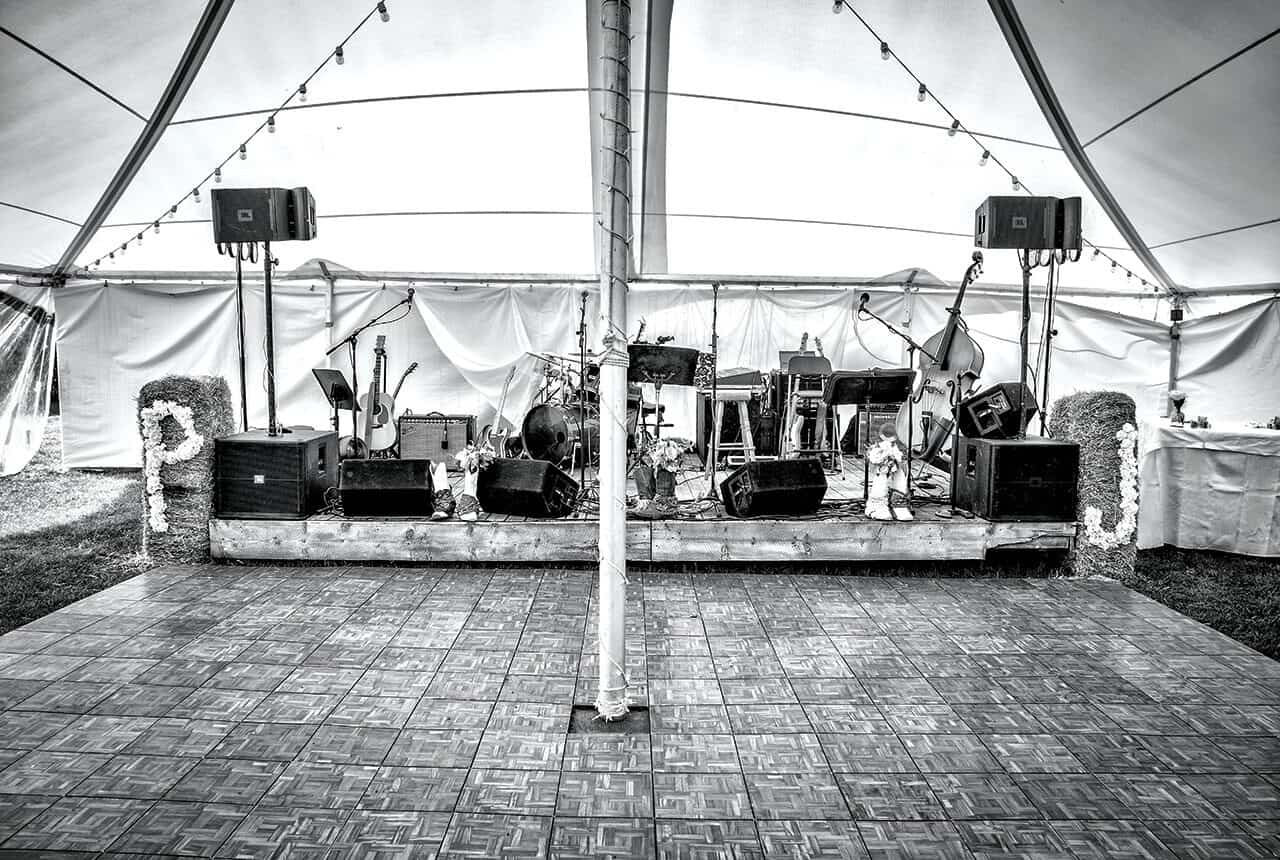 It can be the food of love or the source of angst, the thing everyone remembers best or the thing everyone wishes they could just forget about.
The music you have for your wedding can make the night the best party you, your friends, and family members have ever been to. But, there are a few things specific to the occasion to keep in mind.

Generally speaking, you can go two routes when hiring musicians for your wedding: You can hire your buddies or your favorite bar band, or you can go with a well-vetted professional wedding band. If you go the former route, you’ll most likely have a great time and your band buddies will, too, but you’ll probably be more limited as to what kind of music you get.

“I list 150 to 200 songs on my website,” says Judd Grossman, who has been playing and booking bands for decades in Jackson Hole. That’s not a complete list, he points out, just a sampling. “After thirty years, I’ve learned pretty much every request, and if I don’t know it, I’ll learn it.”

Phil Round—who has played on stages all around the world, performs weekly at Amangani with the Stagecoach Band, and books musicians through his Snake River Music Agency—says he personally has thousands of songs at his disposal: folk, country and bluegrass, rock ’n’ roll and jazz (he studied at the Berklee College of Music in Boston), Motown, reggae, and waltzes. “Whatever you want,” he says.

“It’s your wedding,” says bassist Andy Calder, a member of several Jackson bands and a booker under the name of World Famous Productions. Families want the special day to go as perfectly as possible with minimal fuss. They’re going to need a stage or at least a tent, a mike for toasting, maybe some special lighting—certainly someone who understands production.

“It’s not my job to educate them about what wedding bands do,” Calder says. “It’s my job to do whatever it takes to go smoothly.”

That means getting to the venue to set up early and without disrupting the ceremony, doing a soundcheck, being ready with some ambient cocktail music when guests begin to congregate before the reception (and maybe a bit of quiet music during dinner), then cranking up for the party, and breaking down at the end of the night—all while looking clean and respectful, like guests, yet also disappearing into the setting, like servers.

“Even if someone’s a great musician,” Round says, “it doesn’t count if they can’t be socially aware.”

He recalls once booking a well-known classical string quartet for a wedding—a world-class group that happened to be in town. Of course, the wedding party didn’t know them from their Uncle Joe, Round says, and the quartet wasn’t used to the casual, non-concert-hall setting. Guests crowded the group, talked over the music, and made noise. One player nearly “went through the roof.” Fortunately, the viola player appeased her, Round says.

Weddings are subject to all kinds of potential gaffes, and the wedding band can sometimes make things all better. Calder recalls a couple who insisted on having their first dance to Marvin Gaye’s steamy “Let’s Get It On.” Also, as Calder reminds, the Johnny Cash favorite “Jackson” is not about a visit to Yellowstone Country, but about a couple going to Jackson, Mississippi, to be unfaithful to their spouses.

“We’re there when the bride grabs the $5,000 sax and pretends to play,” Grossman says, “or when the groom gets so drunk he spills red wine all over the bride’s dress.”

In the latter case, Grossman cued his band for “Crazy Love,” and the couple quickly ended up back in each other’s arms.
“That’s where music saves that day,” he says. “Music can save the day when the food is an hour late. Music saves the day if it rains. So long as there’s booze and a band, you’re OK.”

Of course, that kind of quick-thinking professionalism costs money. Round says he’s seen families drop $65,000 to fly in their favorite group from Los Angeles.
“It happens with more regularity than you think,” he says.

Even working regionally—say, pulling from Salt Lake City (which Grossman says has an “amazing” roster of players)—will add up. For a Saturday wedding, the group will probably want to come Friday, which means hotel rooms, and then, after what could be as long as a fourteen-hour workday, they’ll expect to stay overnight and go home Sunday.

“Before you know it, you’re well over ten grand,” Calder says, “and in some cases, even over twenty grand.”

Even with a local band, you should budget around $1,000 a musician.

“We need to make this perfect,” Calder says.

In most cases, the bride and groom have never hired a band before. Going with a band with wedding experience means putting all the musical arrangement in the hands of professionals.

“We are accommodating, not prima donnas,” Grossman says. “We are in a service industry.”

So, just as you would listen to your wedding planner or your caterer, listen to what your professional musicians have to say.

“Usually the folks who live here can get in touch with a band directly, unless they want to do something unusual,” Calder says. “But someone from New York or LA, there’s almost always an interesting dialogue. They’ll say, ‘Well, we don’t want country, we don’t want bluegrass, we live in lower Manhattan, we go clubbing. … This is what my friends expect, they’re going to laugh if I put a bluegrass band in front of them.’ They might be right, but I doubt it.”

Calder counters that if guests are coming all this way, they’ll probably be staying three, four, or five days. They’ll land at the airport and maybe see a bison herd for the first time; they’ll go whitewater rafting; they’ll go to Grand Teton National Park. “By the time the weekend rolls around, your buddy from the East Village might not be the same person,” he says. “People can be transformed in this place in a week. I’ve seen it before. You’re going to open their eyes by bringing them here.” And by Saturday, they’ll be the biggest bluegrass fans New York has ever seen.
—
Richard Anderson’s wedding band was assembled by the remarkable Pam Drews Phillips in September 1999, when he married his sweetheart, Yana Salomon. Everyone had a great time, and they all raved about the music. He has spent most of his twenty-five years in Jackson Hole working for the local press, although these days, his eleven-year-old son, Griffen McCoy, takes priority over even his duties as deputy editor at the Jackson Hole News&Guide. 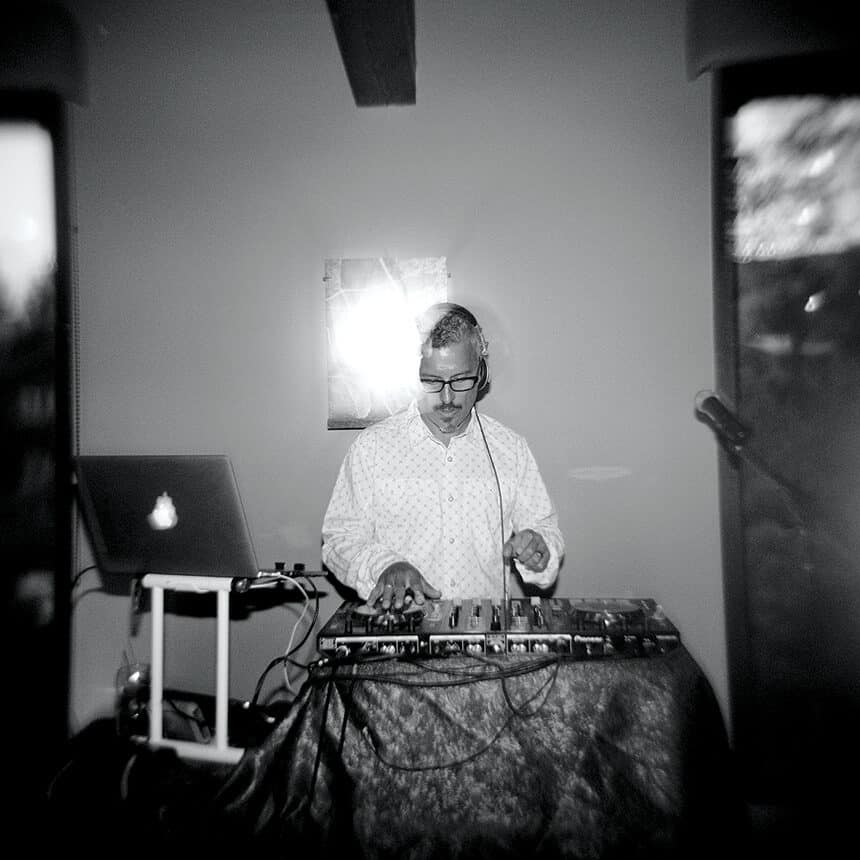 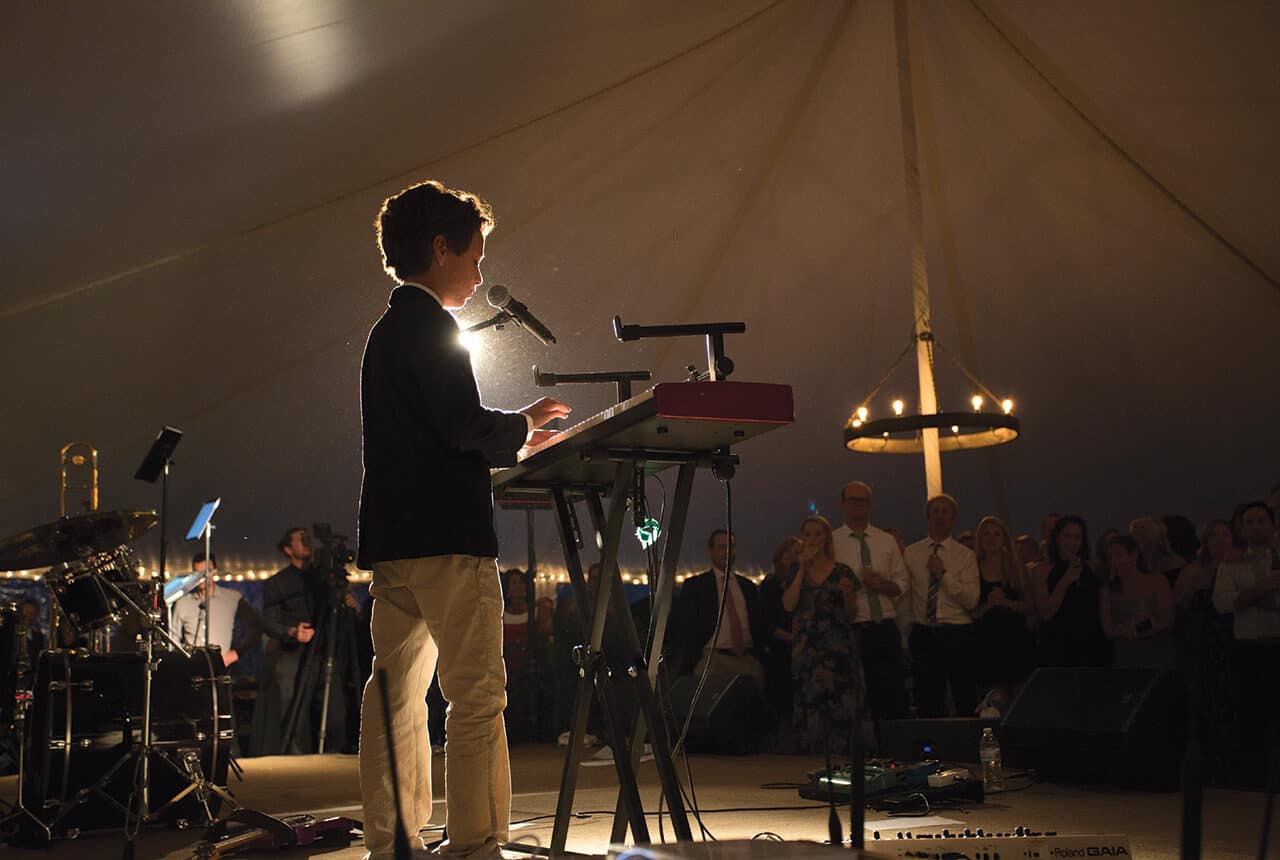 February 1, 2017 | Posted in Planning Your Wedding