About A Grand Wedding

A Grand Wedding is the ultimate resource for brides and grooms planning their Jackson Hole wedding. Every issue is packed with inspiration, resources, tips and beautiful photos.

As the managing editor for Grand Wedding and Teton Family Magazine, Christina aims to help women and families live a slower, healthier, and more fulfilling lifestyle. For her, that means helping you mindfully plan the biggest day of your life from her home office nestled among the Aspen trees. Married for almost twenty years herself, Christina believes love is a constant celebration, one that might begin while thumbing through the pages of this magazine, but is revisited throughout the years of developing a lifestyle together. Catch up with her here, on instagram @alifejustso, or at christinashepherdmcguire.com.

Samantha graduated from the Rochester Institute of Technology with a degree in Graphic Design. Originally from Upstate New York, her dream came true in the spring of 2018 when she was able to call the Tetons home. Not only is Samantha the art director for Grand Wedding and Teton Family, she is also a designer for the Jackson Hole News & Guide and the Jackson Hole Daily. When she’s not busy designing, Samantha enjoys adventures in the mountains with her husband and dog.

After more than two decades in the valley, Jackson Hole magazine copy editor and New York native Pamela Periconi is confident she has officially lost her “dude” status. Besides her role as assistant editor at the Jackson Hole Daily for the last sixteen years, Pamela stays busy copyediting additional publications in the Teton Media Works family—including Teton Family magazine and Range—along with other area magazines and books. When not obsessing over proper comma placement, she enjoys running, watching birds, singing with her guitar, and shooting targets, preferably at long range. 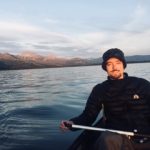 Kal has been a part of the Jackson community for ten years. He studied advertising and geography at the University of St. Thomas in St. Paul, MN. After bouncing around the West he landed in Jackson to work in Grand Teton National Park and found what he was looking for. Following a winter bumping chairs and tasting Teton pow there was no looking back. Kal enjoys adventures with his wife Beth, backpacking, canoeing, mountain biking, hunting, soaking, eating, and skiing.

Kevin is owner, president and publisher of Teton Media Works, Inc. A graduate of Arizona State University’s Walter Cronkite School of Journalism and Telecommun-
ications, he began his career with Freedom Communications’ flagship newspaper, the Orange County Register in Santa Ana, CA. Kevin joined the Jackson Hole News in 2001 as associate publisher, overseeing operations and later became COO and partner. He formed Teton Media Works in 2012 to continue the tradition of independent, family ownership of local media. Outside of publishing, Kevin can be found spending time with his family and doing anything involving adrenaline, skis and bikes.